You are here: Home / Our Animals / Our Cats / Kato

Poor Kato. One day this handsome grey and white, two and half year old chunky boy was hanging around gardens with his buddy from next door and then he’s stuck in a cat shed on his own. He didn’t know his owner had died and there was no-one to look after him. To add insult to injury, he was taken to the vets where he had needles stuck into him and they did something called ‘neutering’. A human has been feeding him and he seems all right but every so often Kato has to give him a bite just to let him know that he, Kato, isn’t happy being stuck in a shed. One cat does come round and sniff him through the mesh but it’s not the same as having a proper home and friends.

Kato has a lot of potential but needs someone who has patience to give him space and time to let him settle in. He’s generally healthy, has a good appetite and is litter-trained. He is used to having another cat as a friend. 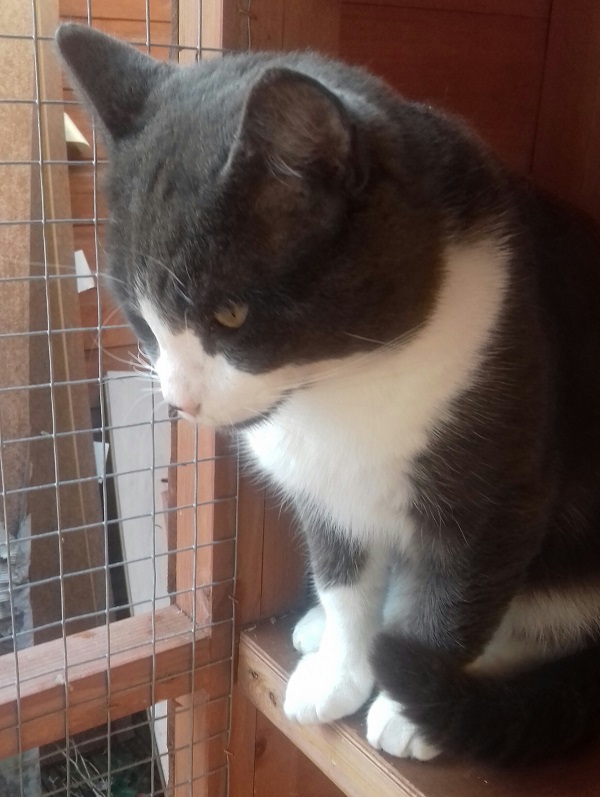