You are here: Home / Our Animals / Our Cats / Howard

Affectionately known as ‘Howard the Coward’, this boy stole our hearts from the second we met him! Living outside as an unneutered tom, a kind family had been feeding him for some time. They were happy to keep doing so, providing we could get him neutered (which we did), but a post op attack from another local cat proved that Howard was not cut out for the outdoor life!

Howard came into the centre scared and confused, with such a sad expression, but he’s now a big softie who loves nothing more than curling up on your lap. He does have a slightly nervous temperament from his ordeals outside, so can be a little shy at first. He also like you to sit with him when he eats so that he feels safe no other cats will steal his food! But in a home environment, we just know he’ll be a wonderful companion cat.

He’d still like outdoor access, though he’ll probably not go too far. He’s not keen on haring his space with other cats – either he’s wary about them based on past encounters, or he simply wants all your attention!

Please Note: We have recently discovered that Howard is a carrier of cat flu. This will mean that he will show symptoms from time to time which will need to be managed. However he can still go on to live a long and happy life if you know how to deal with the occasional flare ups. You can read more about cat flu here:  https://www.cats.org.uk/northherts/feature-pages/about-cat-flu

If you’re interested in adopting, please fill in the form below: 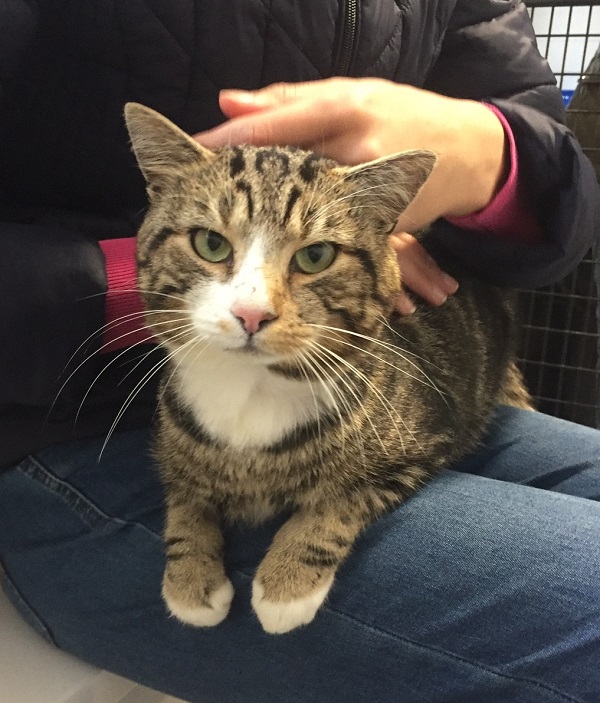