You are here: Home / Our Animals / Our Cats / Barney

Barney, 3 years old, and very friendly but needs an experienced owner. Recently returned. See below for his previous owner’s thoughts.
– He will be very restless on his first night and will pace around and cry, but this won’t last and by the second night he will be fine. He just needs to understand that people are around and haven’t left him
– He is claustrophobic, so hates being in small spaces. With that in mind, he is able to use a hooded litter tray, but the front flap needs to be removed
– He can’t spend four weeks inside. He is really unhappy in the house (especially if its small), so best not to keep him in for more than two weeks. We managed 10 days and he was fine in terms of finding his way back etc. He just needs to go out on a couple of supervised trips first. He will never be an indoor cat and a cat flap is a priority
– He hates using his litter tray, so might cry when he needs the loo, although he will use it fine. The sooner he can go outside the better, as this means he can use the toilet outside too and this will help him settle down much more quickly
– He loves his bed, so please can this go with him. He will like it even more if its placed somewhere high in the living room
– He likes to play on an evening between about 6-9 after he has eaten (especially if he isn’t going out) – dangling/hunting toys are the best
– He loves his food – any kind including Whiskas pouches, but is much keener on meat than fish. We were feeding him three times a day and he could have eaten more
– I think he would benefit from a house with a family and people who are around a bit more than we were as he enjoys company and people – although doesn’t necessarily want to be stroked and petted loads. He would also benefit from an experienced cat owner. He wouldn’t like being left as he likes a solid and predictable routine and people to chat/interact with him
– He is fine with a scratching post and was so good and never tried to scratch the furniture
– He was also amazingly well behaved at night. He never cried and would be happy sleeping on his own. 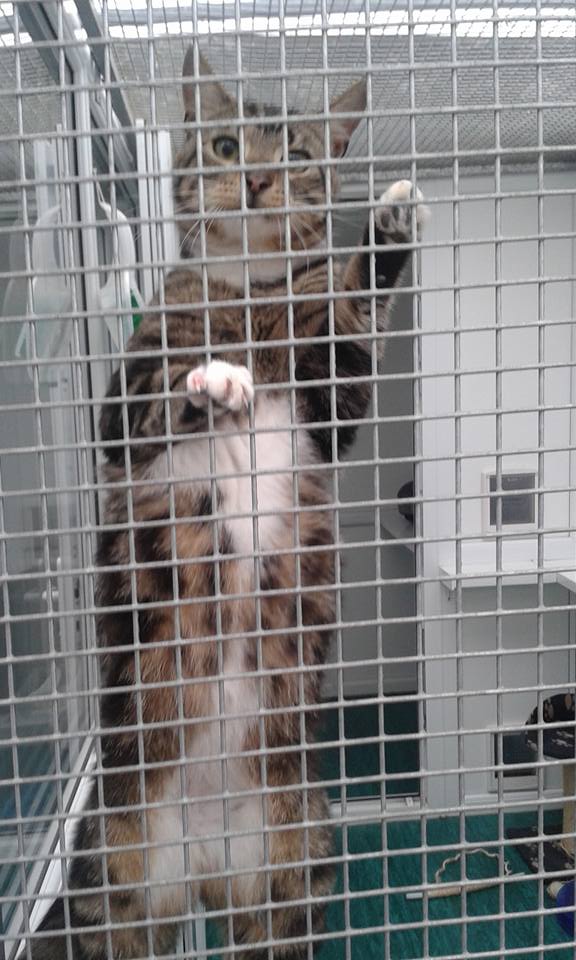